The Hadron Collider Quest in Antiquity 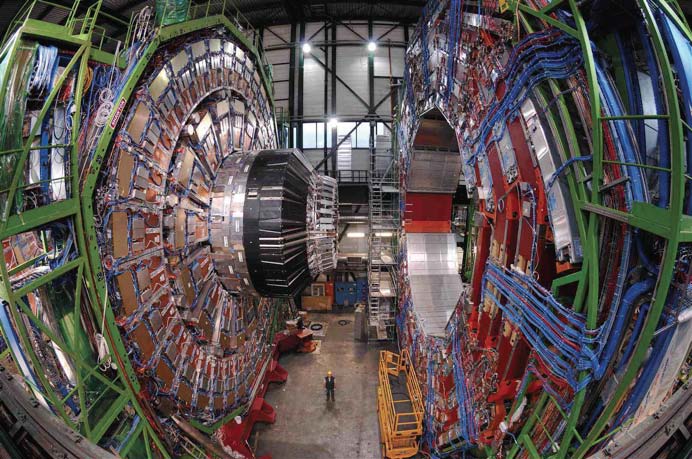 What is there at the bedrock of reality? What are the ultimate building blocks out of which everything else is constituted? Are they things (objects, particles), or are they activities of some sort? Or is there something else, even more fundamental than they are?  These questions fascinated and challenged the ancients as much as they challenge and fascinate us. Yet, there is evidence that the ancients conceived of the building blocks of reality very differently than has traditionally been thought.  I am currently exploring a new hypothesis about how the ancients conceived of the universe and its contents during the first millennium of Western civilization (from the Pre-Socratics to Plotinus). The ramifications of this hypothesis, if correct, are far reaching with respect to our understanding of ancient thought.

The traditional view is that the ancients conceived of the universe either as built out of objects (whether concrete or abstract) or as built out of processes; on that view Plato and Aristotle, for example, stand on one side and Heraclitus stands on the other. Making a radical departure from this traditional interpretation, my current research investigates the hypothesis that nearly all ancient ontologies accounted for all there is in the cosmos by positing a sole elementary building block: not objects, or processes, but powers. Powers underlie both objects and processes, and are more fundamental than either of them.  Powers are properties directed towards an end (e.g., the power to heat). They dispose their possessor to be or act in a certain way, which is manifested in appropriate circumstances (e.g., something with the power to heat is disposed to heat something cooler).  A world built solely out of powers is structured in a web of ontological dependencies between powers. For brevity, this metaphysical position may be called Power Structuralism.  The primary goal of my current research is to investigate which ancient ontologies are power-structuralist ones.  Additionally, I aim to to compare and contrast the positions of the ancient thinkers under consideration with the basic tenets of causal structuralism in contemporary metaphysics and physics, and bring out what is distinctive about ancient power structuralism and whether it can be fruitfully brought to bear on contemporary causal structuralism.

Can there be a paradigm shift in our understanding of the ancients after 2,500 years of investigation of ancient texts? Does it even make sense to have a new vision of extensively studied ancient thought? Yes, if the new vision does reveal a different world in these texts, a world that makes imminent sense to us once we come to view it this way. Yet, it is not the vision that is driving the shift, but the texts themselves, motivating a new framework from which to investigate the emergence of the first rational explanations of the world.

To explore the above research questions, I received €1,3 million research award from the European Research Council with which I have appointed a research team based in the Philosophy Faculty and Corpus Christi College at Oxford. The team comprises six postdoctoral fellows, each specializing in a different area of ancient philosophy (Pre-Socratics; Plato; Aristotle; Hellenistic and Latin philosophy; Plotinus) and one specializing in contemporary metaphysics. The project started in April 2011, and will run for five years. It has an international Advisory Board including over twenty academics from various institutions.

For more information about the Project, please visit www.power-structuralism.ox.ac.uk