The Greek Epic Cycle – An e-publication of the CHS 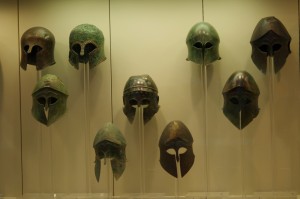 In 9-10 of July 2010 a Conference on the Greek Epic Cycle was held in ancient Ol ympia, co-organized by the Center for Hellenic Studies (Harvard University) and the Centre for the Study of Myth and Religion in Greek and Roman Antiquity (University of Patras).

As the Greek Epic Cycle is so often overshadowed by the more illustrious Homeric epics, the organizers of the Conference thought that the epic fragments needed to be brought to the fore as literary works in their own right. Not surprisingly, some papers addressed issues related to the Homeric and the Cyclic epics, but the majority addressed other issues that approached the cyclic poems either as a wealth of data relating to other genres, or as a genre per se presenting its own characteristics.

From the intellectual activity of this Conference a project has been developed that will be part of the electronic publications of the CHS. The e-publication of the Greek Epic Cycle aims to create a pool of textual information on the Cycle, as well as to promote an ongoing academic debate on related matters; it will have the following components.